As clique as it is, Paris is my favourite city that I’ve visited so far and I cannot wait to return. We stayed for four days but I can imagine there’s still much more to see. 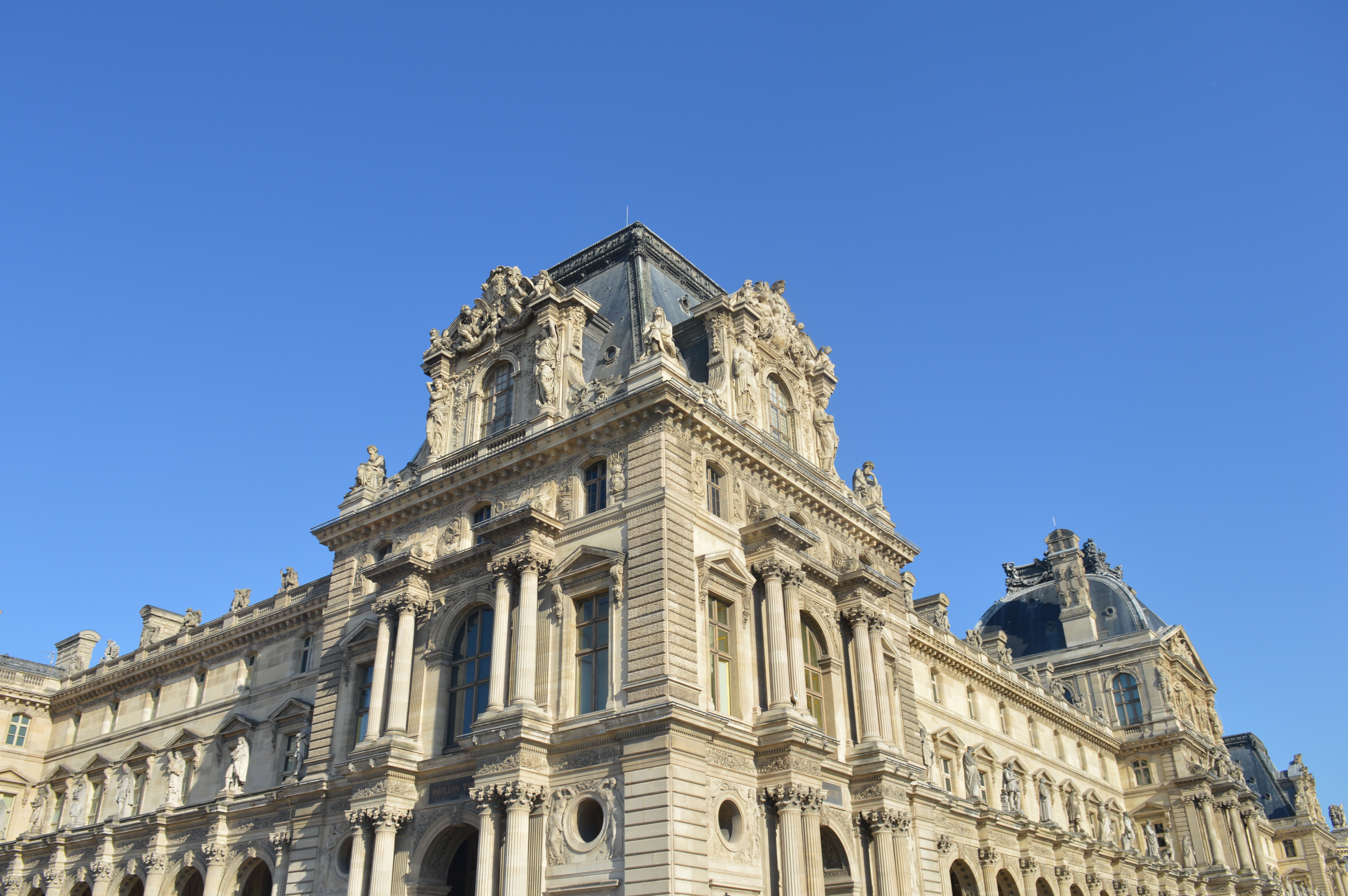 After dropping our bags at our hotel, located pretty well, a short walk to the Eiffel Tower and a couple of minutes from the nearest Metro station, we headed out on our Paris adventure. I’d created a plan to make the most of the time we had, grouping places together that were close together. Walking is a must in Paris, you see so much more this way, although should you need it the metro is super easy to navigate. Passing by so much amazing architecture, the streets of Paris feel completely unique. We headed to The Lourve, because you can’t simply visit Paris without seeing the Mona Lisa. Don’t expect to be able to get a truly good look at the painting though, it’s crowded with every other tourist in Paris, all trying to get a selfie with the masterpiece. Luckily though, The Lourve is full of so much other amazing art, so once you’ve got your photo there’s plenty more to see. Only a twenty minute walk from The Lourve is the Notre Dame, another unmissable tourist spot, whilst it was crowded when we visited the medieval cathedral, there’s a lot of space around the area to relax for an hour or so. Stopping by the Arc De Triumph before heading back to the hotel, the day was a beautiful introduction to what Paris has to offer. 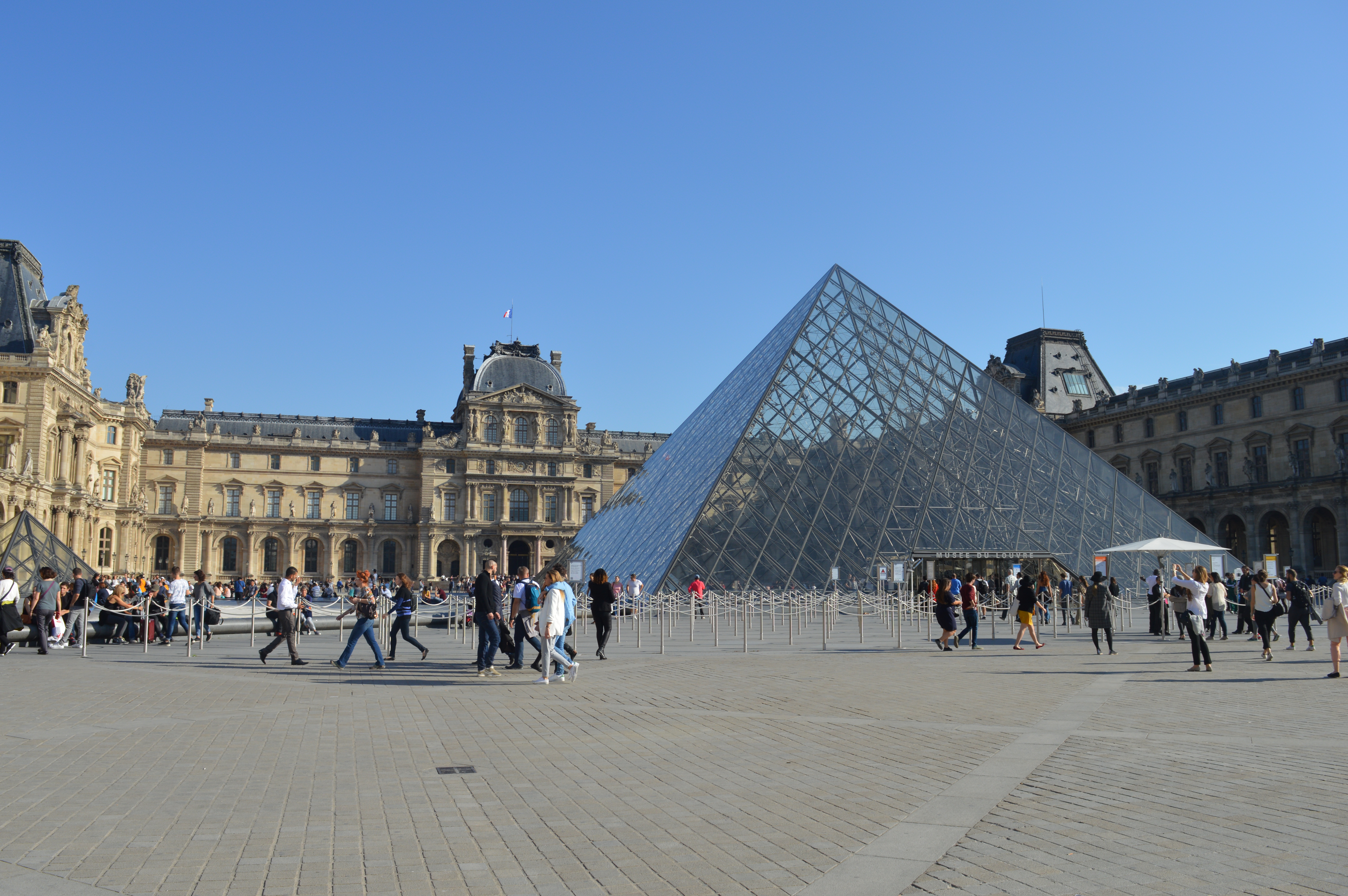 Disneyland Paris. Where do I start with this? One of the main reasons I wanted to travel to Paris this autumn was for Disneyland. When we booked this trip, I hadn’t thought out much of the details, or what the weather would be like, so come October I realised something. I hadn’t researched what the weather would be like in Paris in October, potentially something that would have a huge impact on our trip to Disneyland. I think it’s fair to say that we got really lucky with the weather. It’s highest hit 26c during our stay and generally sat around 24c which was perfect for Disneyland. It didn’t mean we had to carry jackets or hoodies around, although I did, I was convinced the weather wasn’t going to stay so nice! The sun arose and we headed off on the metro to Disneyland Paris. Around 50 minutes later we arrived at our destination and I couldn’t have been more excited. I’d been to Disneyland Paris just once before this, and that was when I was much younger, so there was a fresh excitement and yet I could remember a few things that I’d loved so much the first time around including the Haunted Mansion and the Pirates of the Caribbean rides. This time I was greeted with some of the same rides, plus a few new ones, including Star Tours; the Star Wars virtual reality ride, without ruining any surprises, this ride is amazing! I’ve never been a fan of virtual reality rides until this one, where I genuinely felt immersed in the experience. Whilst running from ride to ride to fit in as much as possible, we also saw Disneyland Paris’s Halloween parade full of Disney’s classic villains and a few of our adorable Disney favourites from Ursula to Winnie the Pooh, though I did notice a lack of characters dotted around the park outside time of the parades. 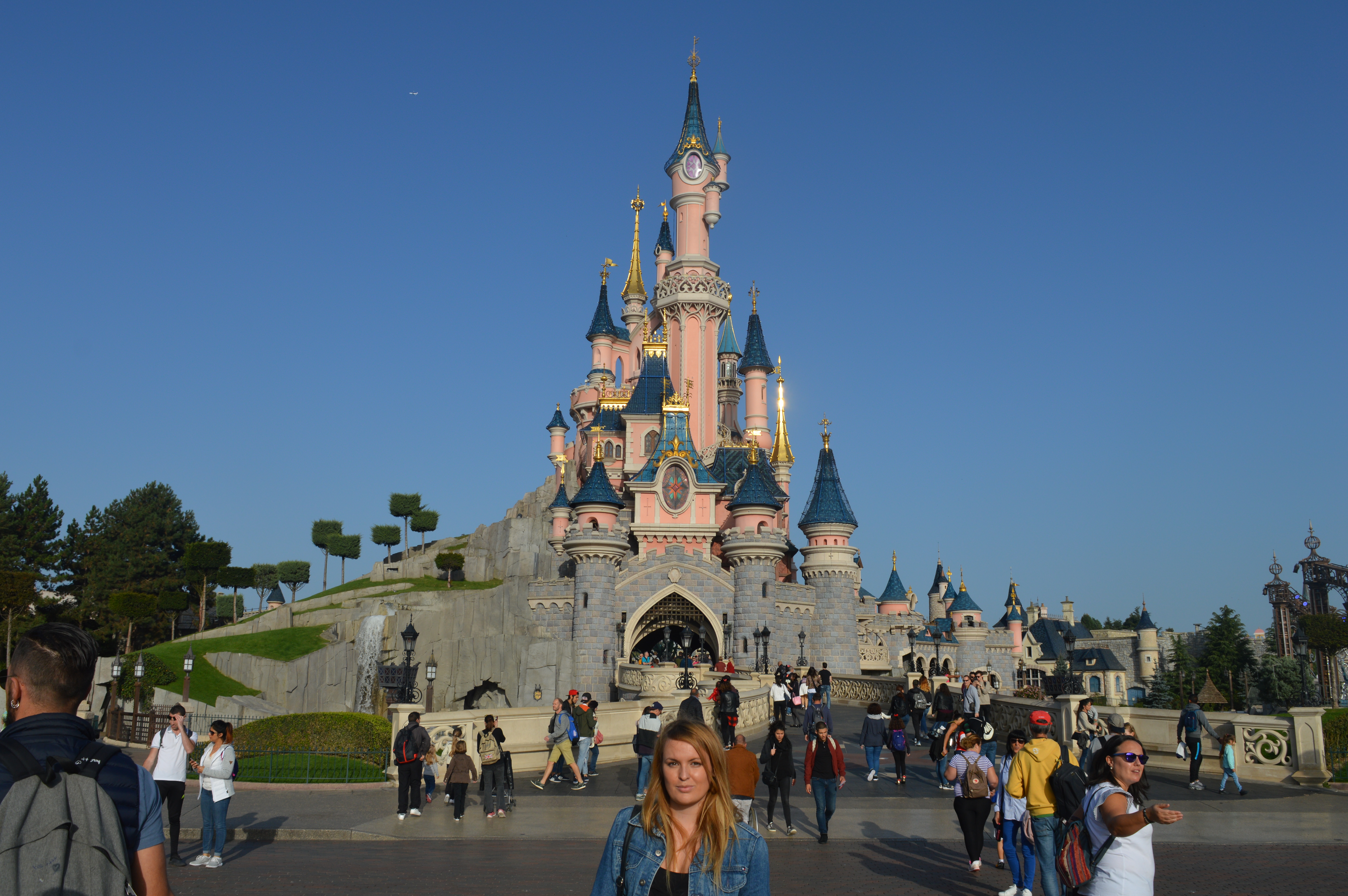 One thing I really missed though was the Disney Electrical Parade, which use to be a nighttime parade where the floats were completely lit up by hundreds of colourful sparkling lights. However the late daytime parade was still throughly enjoyable, and later on once dark we all began to gather in front of the castle for Disney’s Fantillusion. Starting with classic songs from my childhood such as Toy Story and The Lion King and ending with Disney’s latest hit Frozen though all French versions of the songs, the fireworks and lights were stunning and one of my favourite parts of the trip. After the fireworks had ended, emotionally I returned to the metro, back to the hotel for another nights sleep.

The next day we got up incredibly early to make our way to the Eiffel Tower before it would get busy, something I’d defiantly advise unless you’ve booked tickets in advance, the queues build up pretty quickly. Taking the elevator to the top, I have to admit the structure is far bigger and more intimidating than I had imagined. The view from the top was beautiful, the roads and streets of Paris looked so neat below us, and there’s even a restaurant on the lower floor of the Eiffel Tower.

We did return to the Eiffel Tower later that evening, firstly visiting a few stores along Champs-Élysees. Of course you’ll find your designer brands along with a few other stores and exquisite but expensive places to eat, Ladurée is also situated here, an adorable but luxurious store and dine-in with amazing macarons, pastries and other sweets. I also had to stop by the Disney store, one of the nicest Disney stores I’ve visited with suitably the French Tsum Tsum additions. Venturing on and passing by the Concorde fountain and continuing on towards the Eiffel Tower for the second time of the day, we finally spotted it glistening in the dark. Even more spectacular than in the day, every hour for five minutes the tower lights up and sparkles, like glittering specs of gold, it’s the tower at it’s best. Five minutes is long enough to get a good photo or even a video, but due to copyright laws in France, it’s best not to post this on social media unless you want to find it removed. Looking at this amazing structure in the darkness, this was the definition of romantic Paris, and I knew i’d have to come back and visit again.

On our last day, I had a couple more spots to visit, and though I thought I’d need more time to get to these, we actually had time to spare at the end. Some of my greatest inspirations in life have come from the art of film. My earliest favourite director, and still a favourite to this day was Baz Luhrmann. I saw his film Moulin Rouge! When I was around nine and I became obsessed, not just with Nicole Kiddman’s mesmerising costumes and the music, but the beauty that Luhrmann displayed Paris, even in the films darkest moments Paris shines bright. So Moulin Rouge was a clear destination on my list, though we didn’t see a show I certainly hope to be back again because I’ve heard amazing things. Not too far from here was a small café I wanted to stop by. Again, from my love of film, Amelie the French romantic comedy featured this café, and whilst it may not blow you away with it’s average appearance, it has this essence that captures Paris, the Moulin Rouge and has this ultimate nostalgia, but then again maybe that’s just me. Our last stop of the day, Sacré-Cœur, a beautiful church situated on a hill with an amazing view, perfect for one last look over Paris, an unforgettable trip which I will cherish forever. It’s a total clique to say I love Paris. 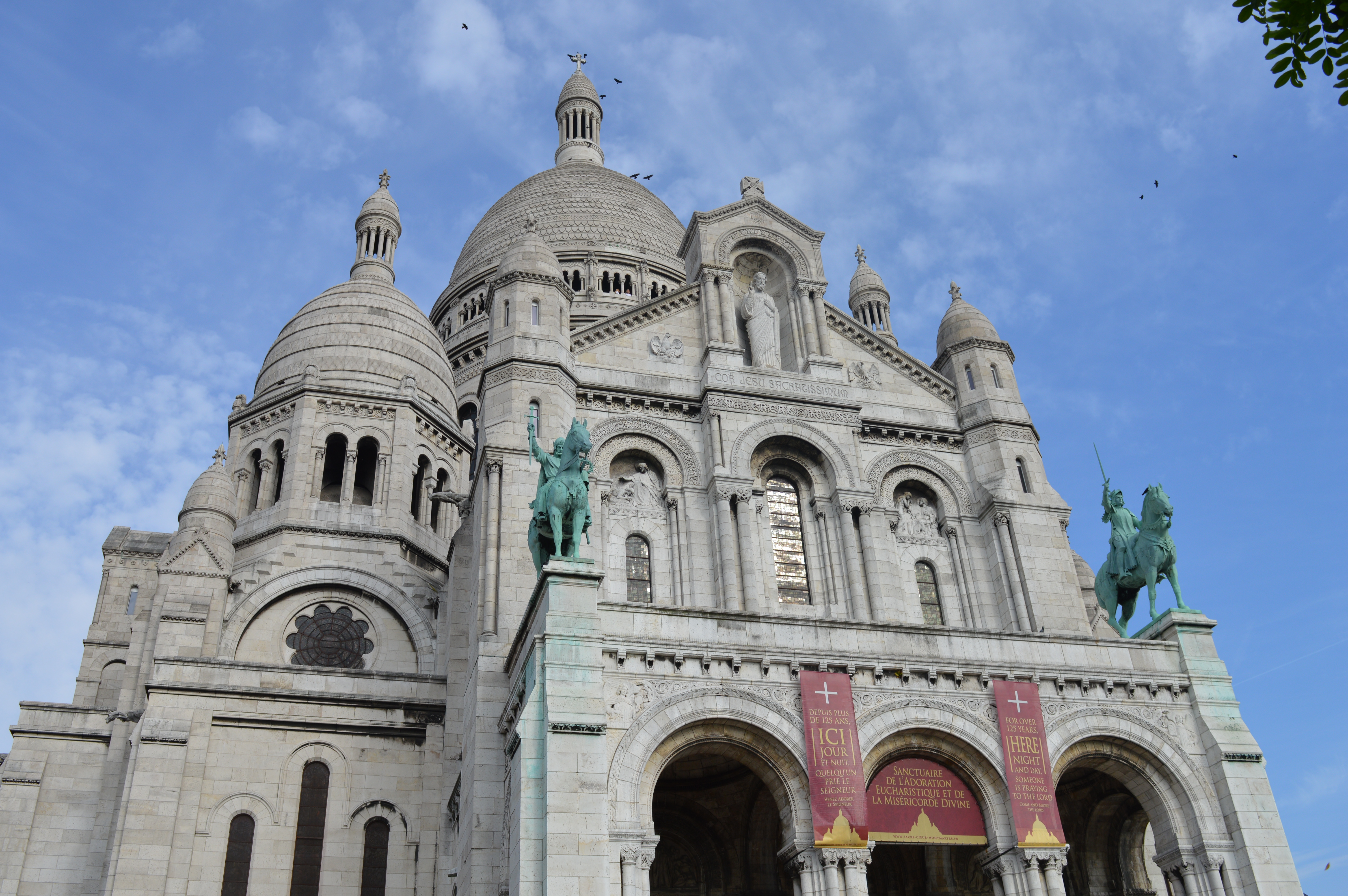